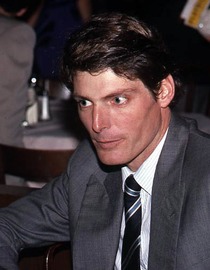 Christopher D'Olier Reeve was an American actor, director, and activist, best known for playing the main character and title role in the film Superman and its three sequels. Born in New York City and raised in Princeton, New Jersey, Reeve discovered a passion for acting and the theater at the age of nine. He studied at Cornell University and... Wikipedia