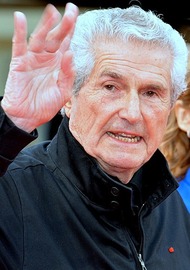 Claude Barruck Joseph Lelouch is a French film director, writer, cinematographer, actor and producer. Lelouch grew up in an Algerian Jewish Family. He emerged as a prominent director in the 1960s. Lelouch gained critical acclaim for his 1966 romantic melodrama film A Man and A Woman. At the 39th Academy Awards in 1967, A Man and a Woman won... Wikipedia