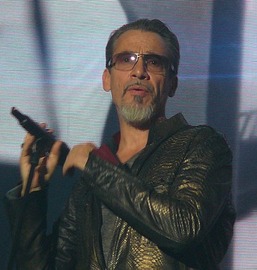 Florent Pagny is a French singer-songwriter, musician and actor. He records his work in French, as well as in Italian, Spanish and English. His greatest hits include "N'importe quoi", "Savoir aimer" and "Ma Liberté de penser"—all three were number one in France. As of 2018, he has sold more than 6 million singles and 10 million albums, becoming the... Wikipedia