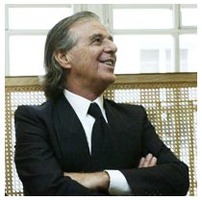 Ricardo Bofill Leví was a Spanish architect from Catalonia. He founded Ricardo Bofill Taller de Arquitectura in 1963 and developed it into a leading international architectural and urban design practice. According to architectural historian Andrew Ayers, his creations rank "among the most impressive buildings of the 20th century." Wikipedia