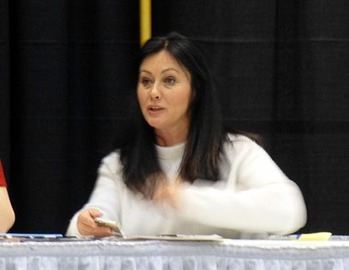 Shannen Maria Doherty is an American actress, producer, and television director. She is known for her roles as Jenny Wilder in Little House on the Prairie, Maggie Malene in Girls Just Want to Have Fun, Kris Witherspoon in Our House, Heather Duke in Heathers, Brenda Walsh in Beverly Hills, 90210, 90210 and again in BH90210; and Prue Halliwell in... Wikipedia