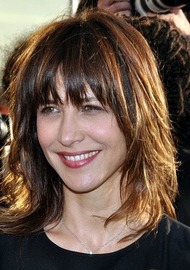 Sophie Marceau is a French actress. As a teenager, she achieved popularity with her debut films La Boum and La Boum 2, receiving a César Award for Most Promising Actress. She became a film star in Europe with a string of successful films, including L'Étudiante, Pacific Palisades, Fanfan and Revenge of the Musketeers. She became an international film star... Wikipedia